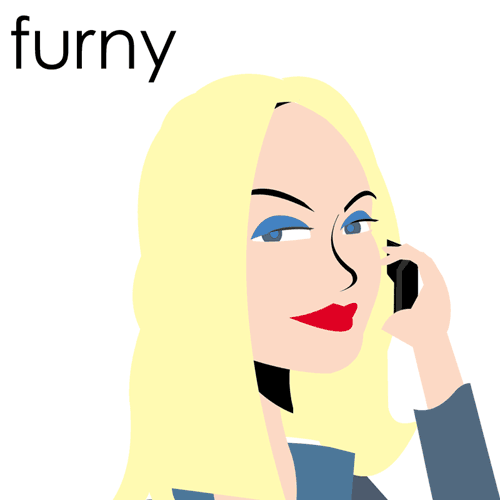 This is the furny record from the British group furny. Since 1999, furny has been challenging the taste and decency of popular music. Masters of the microconcert (with some gigs lasting less than 4 seconds), furny are frequently found mixing tracks into an often inaudible frenzy which explains not only their longevity as a performance group but also why it took five years to produce this album.

In August 2004, we sat in a field in Reading, and had a realisation. A realisation that the dream was coming to an end, and they needed to finish things. The dream was a girl called Kate, and her likeness dons our album cover.

In January 2005, Dr Mark Cousens went to prison for pretending to be a doctor. Thankfully, Everyone in prison liked him, and he likes everything.

Later this year, furny will be back in the studio, to record a new album with a full band, and a different style, baby.

Each copy of the furny album contains a bonus track recorded for charity. Well, kinda. We promise to donate 8% of the profits of the album to buying Dr Mark Cousens a Nintendo NES console from eBay, as he never had one, despite claiming to the world's biggest fan of Nintendo games.